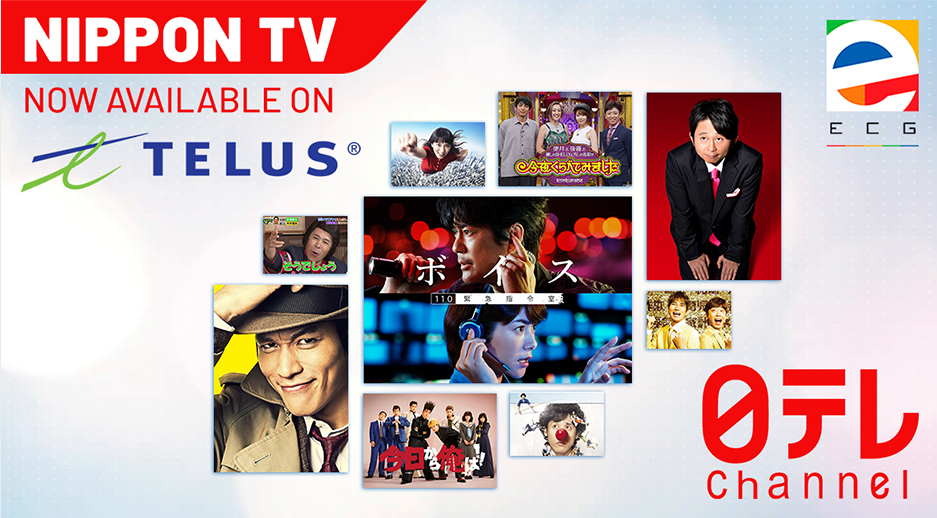 Nippon TV's viewer ratings have topped all timeslot categories for the past five consecutive years. Its leading drama series Mr. Hiiragi's Homeroom won the Grand Prix for a Dramatic Series at this year's Tokyo Drama Awards in October and will be on NIPPON TV Channel in the coming months.

Nippon TV's Mr. Atsushi Sogo, President of International Business Development said, "We are very pleased to be launching on TELUS Optik TV and extending our offering to cable subscribers in British Columbia, Quebec and Alberta. Viewers have been requesting NIPPON TV Channel in Canada, so we are pleased that TELUS is the first major cable operator to answer those requests."

"Japan and Canada share a close relationship and Nippon TV is proud to provide familiar, high-quality content to the Japanese diaspora in Canada," said Slava Levin, CEO of ECG.

NIPPON TV Channel is now on free preview on Optik TV on channel #2923.
More details are available at telus.com/optiktv