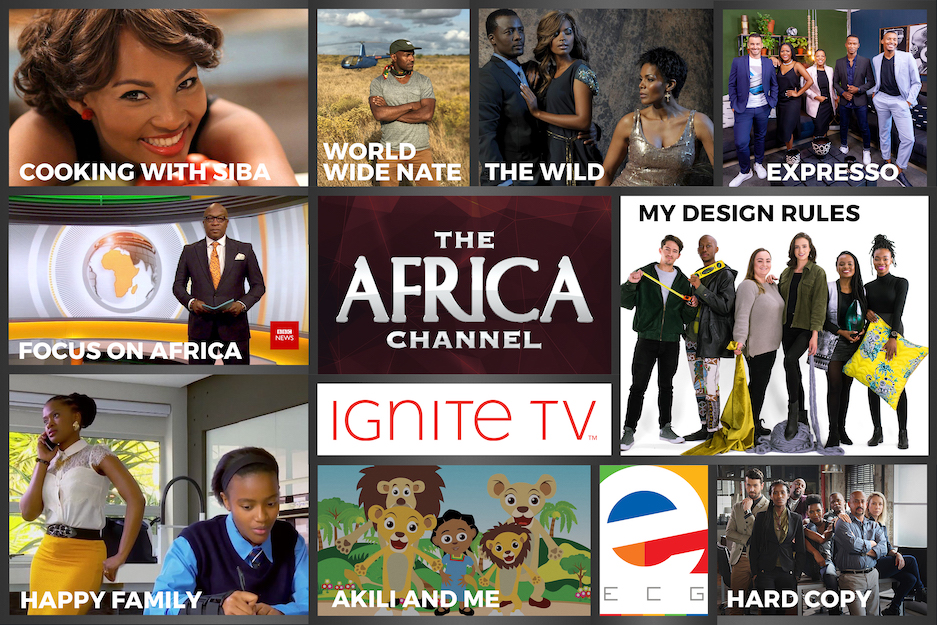 THE AFRICA CHANNEL HAS LAUNCHED IN CANADA ON ROGERS IGNITE TV

"The continent of Africa has been a major influencer of global culture. The launch of The Africa Channel gives further impetus to the growth of this culture, by capturing the microcosm of this great continent on multiple screens in Canada,” said Slava Levin, CEO of ECG.

“We are delighted to be working with ECG to bring our compelling programming lineup to Canadian audiences through this launch on Rogers Ignite TV. We are confident that the breadth of our content will appeal to both the African and Caribbean Diaspora as well as audiences with an interest in global travel, lifestyle and culture,” said Narendra Reddy, General Manager of The Africa Channel.

THE AFRICA CHANNEL is now on free preview on Channel #886.

ABOUT THE AFRICA CHANNEL:

The Africa Channel and its production arm, TAC Studios, is a showcase for the African continent's most outstanding English-language television series, specials, documentaries, feature films, music, biographies and cultural and historical content. The channel's mission is to open a daily window into modern African life, and in the process, help demystify Africa for viewers globally. The Africa Channel is based in Los Angeles and is available in approximately seven million homes in North America and the Caribbean on cable systems such as Comcast, Charter/Spectrum, and the Caribbean Cable Cooperative.